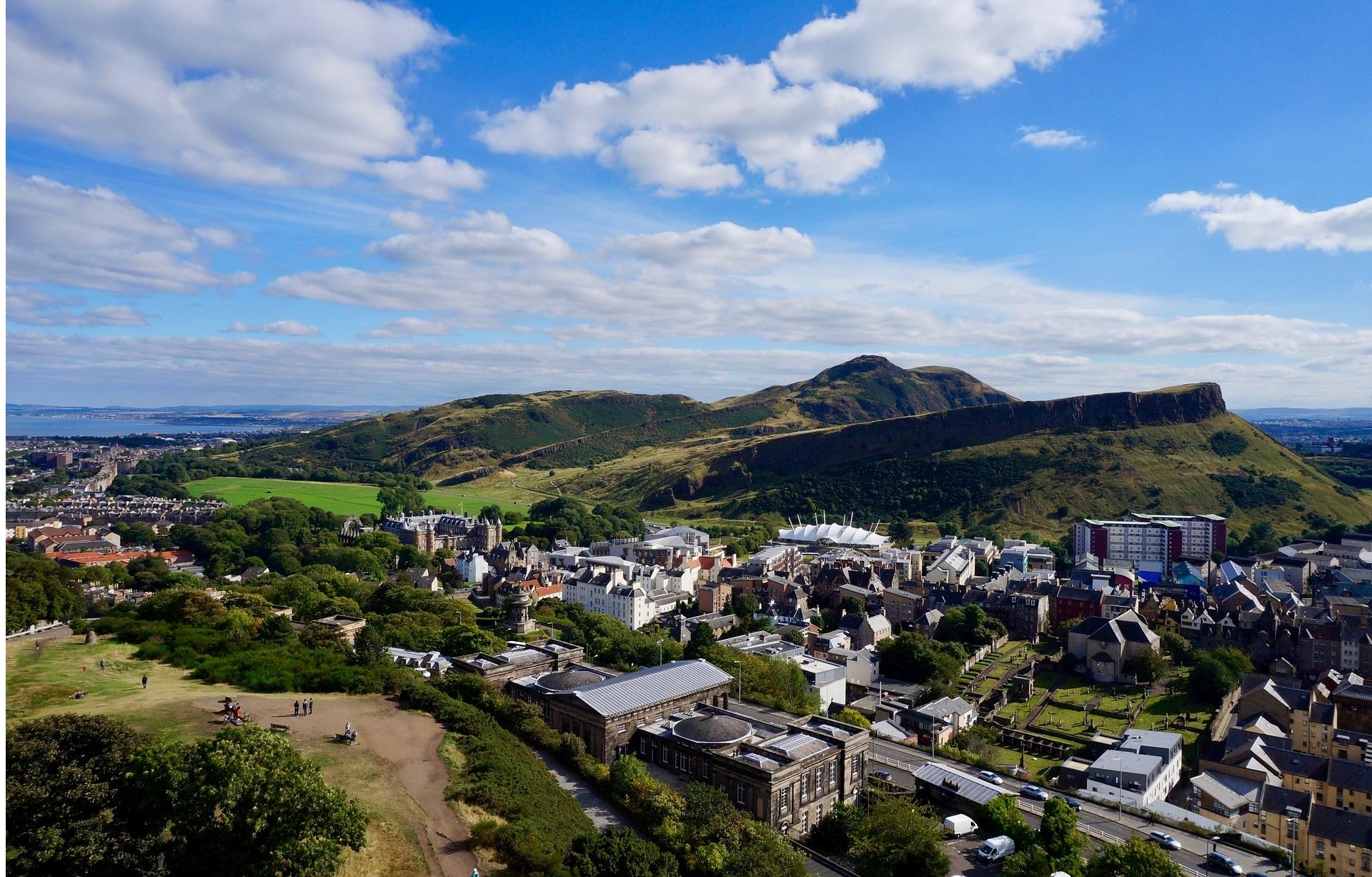 Half a capital and half a country town, the whole city leads a double existence; it has long trances of the one and flashes of the other; like the King of the Black Isles, it is half alive and half a monumental marble.

The city of Edinburgh is located in Scotland's central belt on the banks of the River Forth. Its prominent features include the extinct volcano of Arthur's Seat in the city centre and the Pentland Hills on the southern outskirts of the city. Two major waterways flow through Edinburgh: the Water of Leith and the Union Canal.

The Edinburgh area comparises the city of Edinburgh proper, along with the outlying settlements of South Queensferry, Kirkliston, Newbridge, Ratho, and Ratho Station. Edinburgh is centred on the Medieval Old Town and Georgian New Town, with the city having expanded outward, over time incoporating the surrounding settlements. Tenments are the predominant style of housing, with over 60% of households living in flats.

Edinburgh has more urban green space than any other major UK city, ranging from landscaped parks such as Princes Street Gardens and The Meadows to rugged natural parks such as Holyrood Park.

Edinburgh has a temperate climate, with a median annual temperature of 9.3 degrees celsius, ranging from 4.3 degrees in January to 15.3 degrees in July (Source: Met Office).